When a clearly drafted contract is not enough. 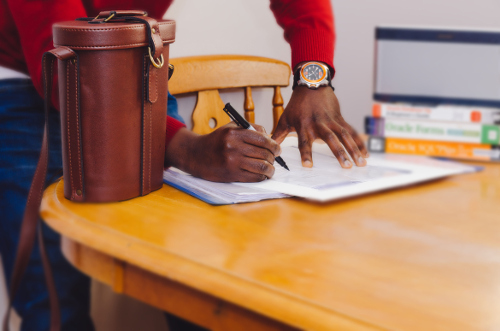 When a clearly drafted contract is not enough.

It goes without saying that any agreement should be clearly drafted. By that we mean that that the contents of that sheet of paper (or lever arch file!) should be easy to understand and record exactly what has been agreed between the parties. All well and good. However, the courts will look for more than that. They will want to see that the terms of an agreement do not operate so harshly that they go further than is necessary to protect a party’s legitimate business interests. This is illustrated in the 2019 case Medenta Finance Ltd v Hitachi Capital (UK) PLC [2019] All ER (D) 48 (Jun).

Medenta was engaged by Hitachi to approach dental practices that would refer consumers wanting finance for dental treatment to Hitachi. If a consumer entered into a regulated credit agreement with Hitachi, Medenta would receive a commission. The commercial agreement between Medenta and Hitachi stated that any dental practices and consumers introduced to Hitachi were Medenta’s ‘customers’ and restricted Hitachi’s contact with them. Hitachi terminated the agreement and intended to continue to offer finance to current and former dental practices and consumers. Medenta were not happy…
The legal submissions were complex. Essentially, though, Medenta argued that:

Medenta also argued the list of dental practices was confidential information to which Hitachi should no longer have access.
Hitachi, on the other hand, argued the agreement did not stop it doing what it planned to do but that Medenta’s interpretation amounted to an unlawful restraint of trade.

What did the court decide?

Responding to the arguments set out above, the court held:

The court also held that the information held by Medenta was not confidential information and it was not shared on the basis of confidence.

How does this affect me?

If you’re a business that enters into any type of commercial contract, the key lies in using your head. Think through everything that could go wrong – on a worst scenario basis – and ensure that the agreement contains fair and reasonable provisions for dealing with those eventualities. Never rely on any ‘word-of-mouth’ assurances from the other side – get them written into the contact.
Be precise in your drafting. Define any frequently used terms or terms that have an unusual meaning so that there’s no ambiguity. Ensure that the agreement contains all necessary boilerplate provisions and beware of indemnities (whether you’re giving or receiving them.) If in any doubt, seek professional advice. It’s better to spend a few hundred pounds in legal costs at an early stage than thousands later on as Medenta did – not to mention the managemental headache!
Technical Terms provides commercial law advice and drafts customised commercial contracts. If you require further information on how you can enjoy less risk, more opportunities and greater control of your business, please book a no-cost, no-obligation Discovery Call with our director, Simon Ward.